Home > Hotel
ABOUT US

Story of a dream, a family and four generations

The history of our hotel is above all the story of a dream and of a family, now in its fourth generation.
The founder, great-grandfather Guerrino Pippa, had an established wood, coal and ice shop in the center of Verona. During the Second World War, to escape the bombings, he returned to San Zeno di Montagna, the town of origin where he had met and married, in 1939, Lucia Campagnari, later “Nonna Nina” for her 12 grandchildren. Together with them their three children also left the city: Giuseppe, Vittorio and Bruno, while the two youngest, Natalino and Maria Luisa, were born in San Zeno di Montagna.

After the war the family returned to the city, but within a few years the consumption of the families changed radically: coal and ice were supplanted by the new appliances. After the Reconstruction, Italy was in the midst of its economic boom and Guerrino understood that it was the right time to realize that dream he had been having for some time: to return to its mountains and open a restaurant on the land originally intended for the holiday home. Cooking was a passion he had discovered during the First World War, when he was enlisted and assigned to the officers’ mess, probably because of his slender build (they called him “cavalet” – grasshopper), or maybe it was destiny.

But the great-grandfather had a greater vision. With the sixties and the desire for well-being of those times, the spiders and grand touring cars began to whiz towards the lake. Verona and its beauties again attracted tourists from all over Europe and Lake Garda, already a famous tourist destination since the time of Goethe and the travelers of the Grand Tour, soon became the favorite holiday destination for artists, actors, singers and jetset vips that animated the local Dolce Vita, connected to the events in the Arena, often also of international significance, even Hollywood (the blockbuster film Barabba was shot at the Arena di Verona in 1961 and two of Guerrino’s sons participated as costumed extras). Thus, in the years of Italian mass tourism, with the restaurant well underway and the children now grown up, Guerrino decided to invest his savings in the works for the “Great Hotel”, with two restaurant rooms, bar, tavern and 50 rooms. The hotel officially opened on July 20, 1963, as evidenced by the “Register of Accommodation Persons”.

In the early eighties Vittorio and his wife Mirella completely took over the business from the brothers who, in the meantime, had dedicated themselves to other professional activities.

In the following twenty years the hotel became a holiday destination for families and tourists visiting the lake and the large amusement parks that in those years proliferated along the Garda coast: amusement parks, water parks, nature parks and all the activities for lovers of mountain, with the opening of cable cars and ski lifts on both sides of Mount Baldo. To this tourist development are added groups of travelers from all over northern Europe, in particular from Germany, who find in the large spaces and numerous rooms of the San Zeno hotel the ideal place to stay for tours to the lake and evenings in the Arena.

Since 2000 the management has gradually passed to the third generation of the family, that is to the four children of Mirella and Vittorio: Michele, Rita, Lucia and Olga who today, with the same dedication and passion that was first of the grandparents and then of the parents, pass on to their sons Mara, Nicola, Vittoria, Giorgia, Luca and Pier Paolo the secrets of an art, that of hospitality, which has been handed down here for over sixty years. 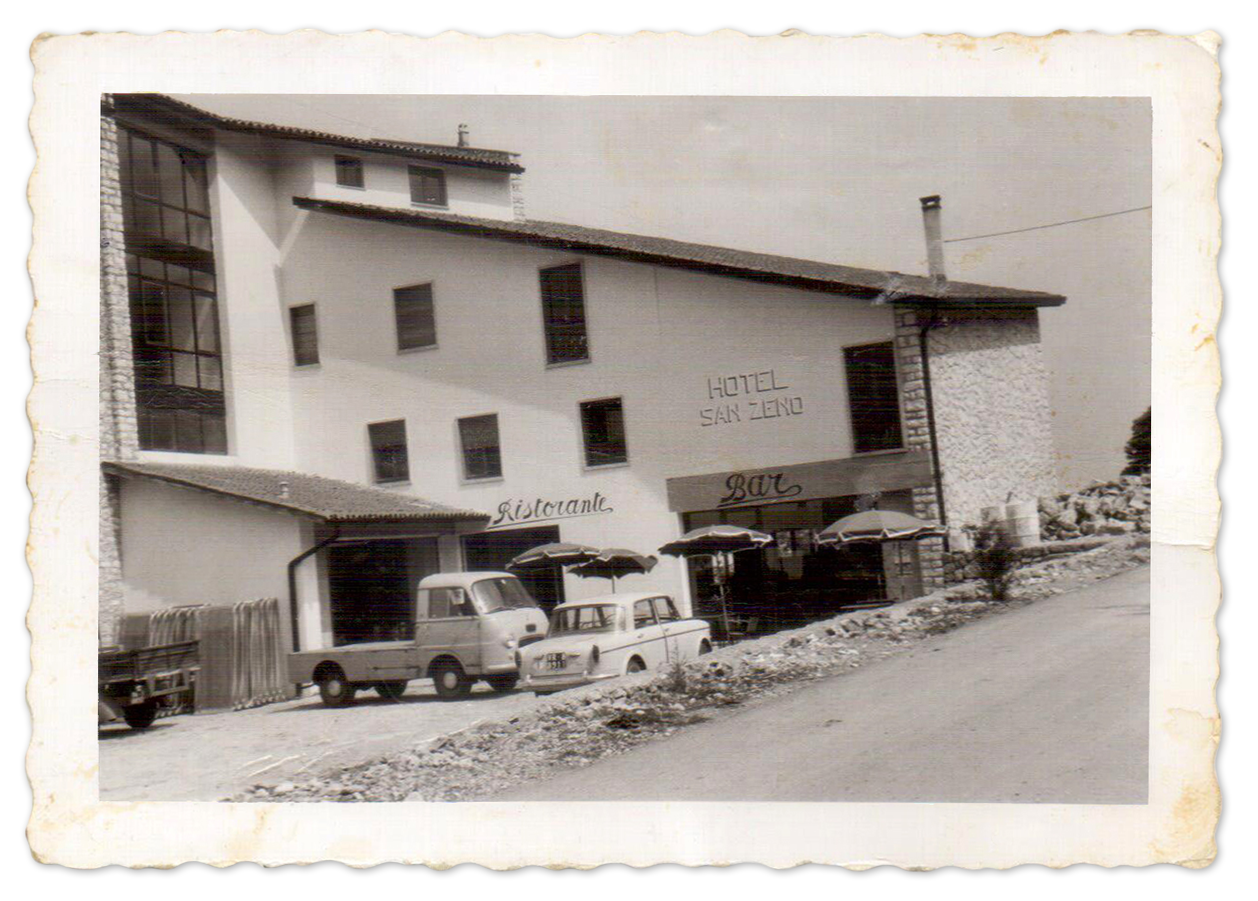 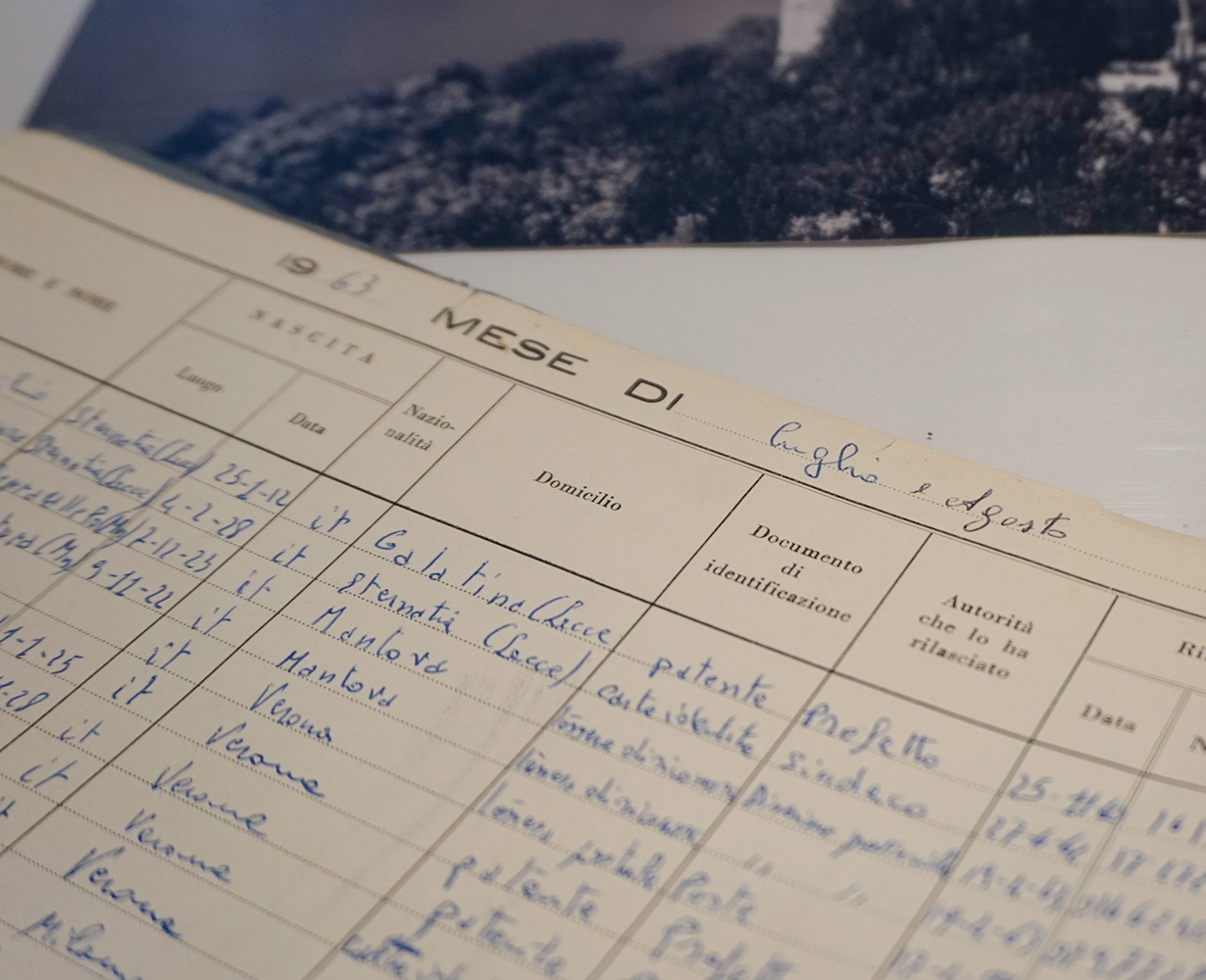 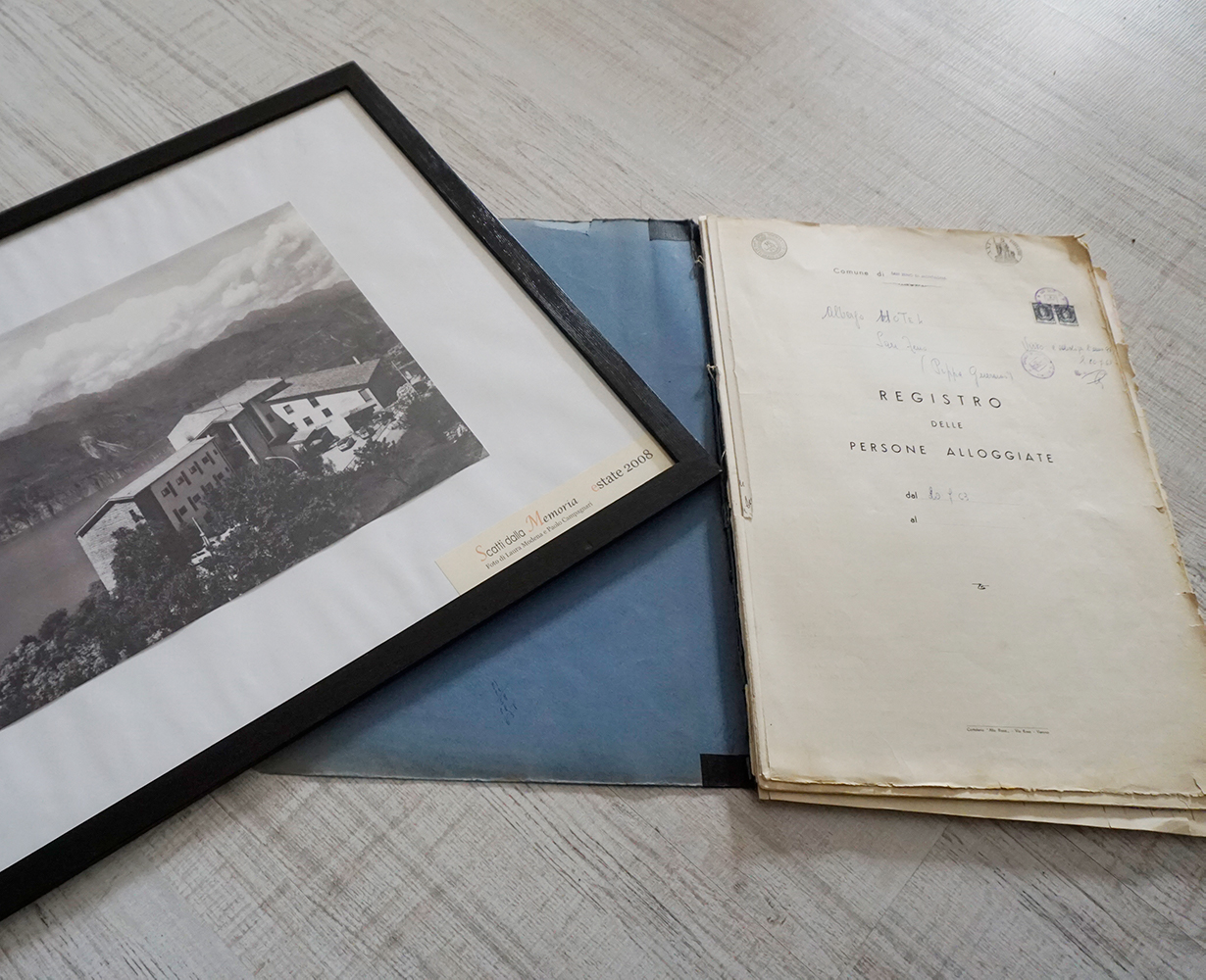 Google Maps is a maps visualization service provided by Google Ireland Limited. This service is used to incorporate content of this kind on its pages.

Google Fonts is a service used to display font styles operated by Google Ireland Limited and serves to integrate such content into its pages.